Artist Meiro Koizumi will present his work in the BMW Tate Live Performance Room on 16 June 2013 at 20:00GMT. Koizumi will adapt his video It’s a Comedy 2012, which straddles a line between comedy and cruelty, for a live online audience. In this work a performer read from the trial judgement of Justice Radhabinod Pal, the only member of the international military tribunal for Japanese war crimes to find all defendants not guilty. During the reading of this chilling text, other performers attempted to distract the reader’s delivery to both comic and chilling result. Please join the Performance Room to see the adaptation and join the live Q&A with Meiro Koizumi after the performance. [Source] 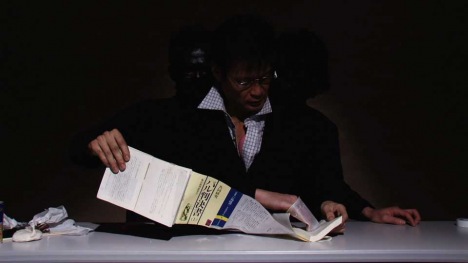